How’d you like to be taken off an airplane and roughly searched by law enforcement because you had an old camera? According to the New York Daily News and the Washington Post, that happened to a man earlier this month at LaGuardia Airport in New York. The passenger sitting next to him thought he had a bomb. Instead, he had a vintage camera (possibly a Rolleiflex). The other passenger saw him looking at images and videos of old cameras on his phone and, when he pulled out the camera and started adjusting the knobs, she thought he might be activating a bomb. She alerted the flight crew. The plane was diverted to LaGuardia for an emergency landing. Passengers were evacuated and the man was detained for several hours by the Joint Terrorism Task Force, FBI and Port Authority Police.

A few months ago, my father-in-law was going through a closet and found an old Yashica 24 camera (a Rolleiflex imitator made in Japan) that had belonged to his father-in-law. It was in excellent condition and had barely been used. When he asked me if I was interested in it, I happily took it off his hands and have been experimenting with it since. Like many who still, at least on occasion, shoot with film, I have been enjoying the slow, deliberate, intentional process of composing and taking a photo. I could imagine myself in a similar situation, sitting on an airplane or in a subway car, fiddling with a device old enough that the average person’s not going to recognize it. The instructions are mostly line drawings and diagrams. I can see the potential for someone getting a very, very wrong impression.

A vintage camera enthusiast quoted in the Post article spoke about the difficulties he has taking old cameras through airport security. TSA agents didn’t recognize them as cameras and asked him to “turn them on.” Of course, he couldn’t. They’re not electronic devices!

Some of us might remember the days after September 11, 2001, when travelers were hesitantly taking back to the skies. Film cameras were still pretty ubiquitous. (My first digital camera—a 6 MP Pentax *ist—didn’t hit the market until 2005.) Back then, TSA agents would ask you to take a photo with your camera. Many of us wouldn’t load film until we reached our destination to avoid those wasted shots. Remember the lead-lined bags we used to put rolls of film in? My, how the world has changed!

If I take my trusty Yashica on a trip, I guess I’ll just have to make some adjustments. Leave the camera unloaded. Give myself some extra time for curious TSA agents who’ve never seen anything like it. (TSA allows bringing film cameras and film onboard and even recommends keeping them in your carry on bag.) Leave it in my camera bag during the flight. I sure don’t want to wind up face down on some airport tarmac pinned to the ground by a law enforcement officer, who has far more important things to do. All because somebody doesn’t recognize my camera as a camera.

Have you had any problems traveling with vintage equipment? Tell us about your experiences. 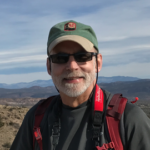 Frank Gallagher is a landscape and nature photographer based in the Washington, DC, area who specializes in providing a wide range of photography services to nonprofit organizations. He also manages NANPA’s blog.