From the Executive Director – Susan Day

From the Executive Director – Susan Day 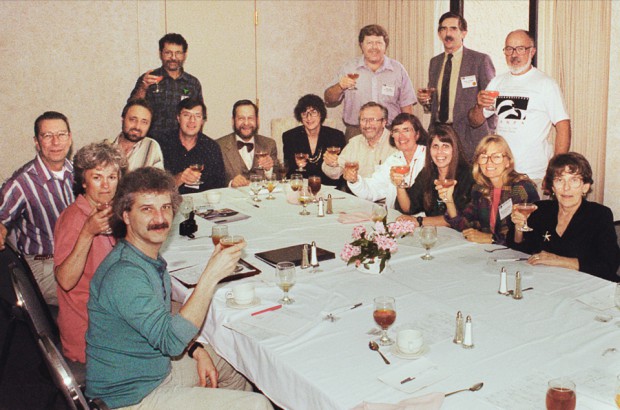 It all started back in October 1993, when ornithologist, artist and nature photographer, Roger Tory Peterson invited a group of nature photographers to the Roger Tory Peterson Institute in Jamestown, New York. This was the first time that an organized group of nature photographers had assembled in one place, and more than 100 photographers showed up for panel discussions, networking, and presentations. This meeting was so well received that everyone wanted to do it again—and thanks to a ton of work and great organization—by April 1994, NANPA had a founding board, president, bylaws and mission, with plans underway for their first annual conference, which took place in Florida in January 1995. NANPA’s first awards were also bestowed at the 1995 conference when Roger Tory Peterson received NANPA’s first Lifetime Achievement in Nature Photography Award, and Outdoor Photographer Magazine was honored with our first Community Recognition Award.

As NANPA developed and grew, more award categories were added to recognize those who have been instrumental in the nature photography community at large. NANPA’s Awards Committee, which has been chaired by Ted Moreno for several years, is responsible for collecting and evaluating nominations for all awards. An Advisory Panel recommends nominees for each individual category, which are presented to the committee. Nominations are also solicited from the NANPA membership, the board of directors, and all committees. The Awards Committee has a formal process for receiving, coordinating, and evaluating awards; and upon completion, their recommendations are presented to the board for approval before winners are notified. The entire process takes two years for each award cycle. Thanks to Ted’s outstanding leadership on the Awards Committee, as well as the dedication of many committee and Advisory Panel volunteers; the recipients for the 2019 awards have been selected and will be honored at NANPA’s Nature Photography Summit in Las Vegas, February 21-23, 2019.

NANPA’s Lifetime Achievement in Nature Photography Award goes to an individual who has served nature photography for at least 20 years and made significant contributions over an extended period of time. For 2019, NANPA has selected three recipients: George Lepp, Joel Sartore, and John Shaw. George and Joel will be keynote speakers at the Summit in Las Vegas; and John will be interviewed by Kathy Adams Clark during a Breakout Session on February 23 entitled “In the Mind of John Shaw.” Joel’s award will be presented on February 21 at 7:00pm prior to his National Geographic Photo Ark presentation. On February 23 at 8:15pm, George will share Inspiration, Support, Transition and Awe: The Keys to Success in Nature Photography (sponsored by Canon).

NANPA’s first Outstanding Photographer of the Year was in 1997 to John Shaw, who as mentioned above, will be in Las Vegas to receive the 2019 Lifetime Achievement Award. Past recipients are an illustrious group of photographers, and this year’s recipient, Florian Schulz, is no exception. Florian will receive his award on February 23 prior to his 8:45am keynote presentation: Into the Last Great Wilderness: A 25-Year Journey of Nature Photography with Florian Schulz.

NANPA’s Environmental Impact Award, is a relatively new one and was established in 2013 to recognize and honor a photographic project undertaken by an individual or team that addresses important environmental concerns. Jim Balog received that first award in 2013 for his Chasing Ice project and returns to the Summit in 2019 to do a screening of his latest film, The Human Element (February 22 at 7:15pm). Beautiful Bees by Clay Bolt has been selected as the 2019 Environmental Impact awardee. You can see Clay’s presentation, Hope is a Thing with Little Clear Wings, on February 23 at 2:00pm.

NANPA’s Mission Award recognizes outstanding efforts or accomplishments by a NANPA member and exemplifies what NANPA is really all about. The winner should epitomize NANPA’s principles in accordance with its mission statement. Formerly called the NANPA Recognition Award, the first award was given to Mark Lukes in 1997. The 2019 Mission Award recipient is Kathy Adams Clark, who has served NANPA in many capacities including President. She currently is Summit Program Chair and will be in Las Vegas to help coordinate many behind-the-scenes details as well as teach a Super Session on February 21, The Workshop and Photo Tour Industry: Update and Future. Kathy is also volunteering her time to help lead the Night Photography/Light Painting Workshop at Nelson Ghost Town on February 20 and the Vegas Lights Night Walk on February 24. She’ll receive the 2019 Mission Award on February 22 at 7:30am.

NANPA Fellow is a recognition award presented to members who have made significant contributions to the professional nature photography industry over a period of at least 20 years. This award was established in 1998 when Erwin and Peggy Bauer, Ann Guilfoyle, Freeman Patterson, Roger Tory Peterson (posthumously) and Robert Sisson were honored as our first NANPA Fellows. Nearly 60 other photographers and industry professionals have received this recognition, and on February 23 during the morning general sessions, the following individuals will be added to this list: Richard Day, Susan Day, Sue Flood, Lou Nettelhorst, and John Shaw. Sue Flood will present a keynote on February 22 at 8:15am entitled From the North Pole to the South Pole and In Between. As mentioned above, you can see In the Mind of John Shaw on February 23. Richard Day is volunteering his time to help with the Night Photography/Light Painting Workshop at Nelson Ghost Town on February 20 and the Vegas Lights Night Walk on February 24. I, of course, will also be attending the Summit and am incredibly honored to receive this designation.

The NANPA Emerging Photographer award (formerly NANPA Vision Award) is given to an emerging photographer in recognition of excellence and serves to encourage continuation of vision and inspiration to others in nature photography, conservation, and education. Florian Schulz received the first Vision award in 2008. The 2019 Emerging Photographer recipient is Sebastian Kennerknecht, who will be attending the Summit in Las Vegas.

Please join us at the Summit in Las Vegas in February to acknowledge these recipients and celebrate their accomplishments and contributions to nature photography! Download a PDF of the Summit schedule here.