Dos and Don’ts for Aviation Photography

Taking air-to-ground photos has a place in nature photography as do drones and remotely operated cameras. However, should you want to expand your horizons, this article covers some of the Dos and Don’ts of photographing aircraft, air-to-air in particular, which can be more complicated.

There’s no shortage of aerial artists spotting graphic designs and colors on the ground. Adobe Photoshop guru Julieanne Kost spent several years asking for the window seat on her many travels. The result was her beautiful and well-received 2006 book Window Seat: The Art of Digital Photography and Creative Thinking. There’s a Professional Aerial Photographer’s Association where business and professional photographers turn their attention to the beauty they are seeing each year and compete for prizes.

Other artists found in the back of an aircraft, usually with the door removed or a window taped open, take photos of actual aircraft. Well-known “critter” photographer Moose Peterson has in recent years branched into this field.

I was an aviation writer for 25 years at the AOPA Pilot, the monthly membership magazine of the Aircraft Owners and Pilots Association. Part of my job was to assist the photographer on the ground and again in the air by using my piloting skills to fly 35 feet from another plane carrying the photographer, enabling him/her to capture air-to-air photos.

Montana rancher Travis Nelson rests on the wheel of his Champion aircraft and observes his livestock. Marsh feels that this journalistic image brings together the best elements of landscape photography and environmental portraiture. © Mike Fizer

Sometimes the photos were more aviation journalism than airplane beauty shots and were aimed at telling a story, like the beat-up old Champion aircraft used by a Montana rancher to check on his herd and bring ice cream cones home to his kids. The resulting image of the rancher by senior AOPA photographer Mike Fizer included the best elements of landscape photography and environmental portraiture.

This Cessna Skycatcher was photographed north of San Diego. Storms were dissipating west of the city. © Mike Fizer

A story about the restoration of a Navion aircraft focused on the discovery of the aircraft the current owner flew in as a child. That article required aerial sunset photography with the aircraft serving as what Jay Maisel would term the photo’s “gesture.” In his book, Light, Gesture, Color, Maisel says that every photo should have color and light. The sunset assured we would have it.

Panchito, a B-25 bomber, was photographed over Rehoboth Beach in Delaware. © Chris Rose

Landscape photo skills were required by AOPA senior photographer Chris Rose who photographed a red seaplane against the turquoise waters of the Bahamas, a Cirrus aircraft against a mountain landscape, and a lake scene where the seaplanes became part of the landscape.

A shot list is always a good idea, and especially so when photographing planes. Common shots include air-to-air photos, a ground shot from outside the airplane, an instrument panel shot and an interior shot (particularly important if the aircraft is new). Subjects are widely varied. Most of the shots AOPA Pilot publishes are of single-engine aircraft, but also include business jets, firefighting aircraft in action, gliders, biplanes flying in formation at airshows, an aircraft performing skywriting, and even mosquito sprayers. And for air-to-ground shots, add airplanes appearing to land on runways—difficult for the pilots due to precise (and fast) positioning of the landing aircraft above the runway centerline (it doesn’t really touch down) — and seaplanes actually landing on the water. 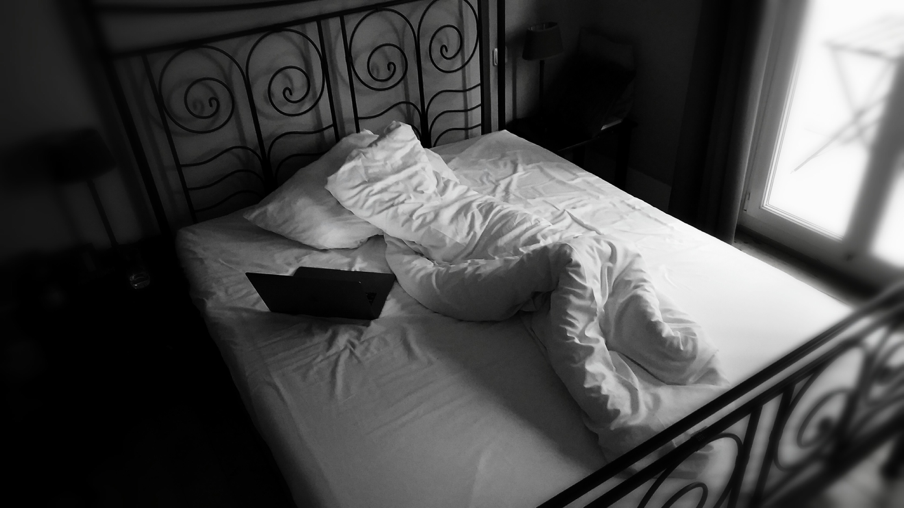 For a dramatic shot of airshow performer Greg Koontz, AOPA photographer Chris Rose laid down on the performer’s private strip, causing his girlfriend (who later became his wife) to ask, “Did he fall out?” © Alton Marsh

On the ground, the same rules you follow when photographing a cheetah in the wild apply to an airplane. You want a simple background. You may need to taxi to an area of an airport with trees or fly to a more scenic airport without a tower operator issuing rules that complicate the logistics of your shots. You want a low angle, like lying on your stomach at a 45-degree angle to the aircraft. You may want the engine running and lights on.

Unlike air-to-air shots, air-to-ground shots are seldom life-threatening since the subject is well below the photographer’s airplane. When the subject is a landing airplane, it is usually placed 100 feet or less above the centerline. Because the photographer’s airplane is offset to one side of the landing plane, it is impossible to tell if the aircraft is in the correct position until it reaches the runway, and at that time the clock is counting down — usually 15 to 20 seconds. Pilots must be experienced and commands must be understood the first time.

The instrument panel and other detail shots can be made when the harsh light of day makes outdoor shots unappealing. This panel is from the B-25 bomber plane Panchito. © Chris Rose

Air-to-air shots are dangerous. If your pilots are not trained in formation flying, you are asking for trouble. Even with two pilots trained and experienced in air-to-air photography, things can go wrong. I recall flying the lead airplane (called the “platform”) when one of the other airplane’s two engines 35 feet behind me (the “subject” airplane) began to smoke. An exasperated tower controller didn’t want a little airplane on fire holding up the arrival of his Delta flight and said, “I suppose you want to land with him?” I shouted, “Just get him down!” Drama. It ended safely and the airplane owner, who had exaggerated the state of repair before the flight, said it had happened before. (Owners sometimes exaggerate the condition of their airplane.)

Never use a lens longer than 135mm. No sleek aircraft deserves to be foreshortened into what appears to be a bathtub shape.

We get up at 3:45 am for morning air-to-air shoots and begin evening shoots a half-hour before sunset as seen in a video I made. (See link to YouTube video below.) During the harsh light of the day, instrument panel shots and detail shots, such as unusual landing gear, are made. Don’t shoot through windows unless, of course, you are doing air-to-ground artistry from an airliner and have no choice. Airplane windows are not optically pure and distortion will occur. Either open the windows or remove doors for those aircraft where it is legal to do so. Usually those are airplanes approved for carrying parachutists, including some Piper single- and multi-engine aircraft and the Beechcraft A36 Bonanza.

For ground shots, we once hired the airport fire truck to wet down the tarmac around the airplane and were surprised when a $700 bill arrived. An article in Popular Photography suggested a less costly solution: Toss out a gallon of water, lay down in front of the wet spot and use the resulting reflection.

Alton K. Marsh is a freelance reporter in Frederick, Maryland, where he worked 24 years as a senior editor for AOPA Pilot, the monthly membership magazine of the Aircraft Owners and Pilots Association. Marsh is a pilot and has a master’s degree in journalism from Northwestern University. Recently semi-retired, he continues to write aviation stories for his former employer to pay for nature photography trips. Alton also volunteers for NANPA by editing blog posts submitted by NANPA members.