From Photography to Filmmaking: Stories in Motion

By Blog PosterNovember 24, 2014No Comments

From Photography to Filmmaking: Stories in Motion 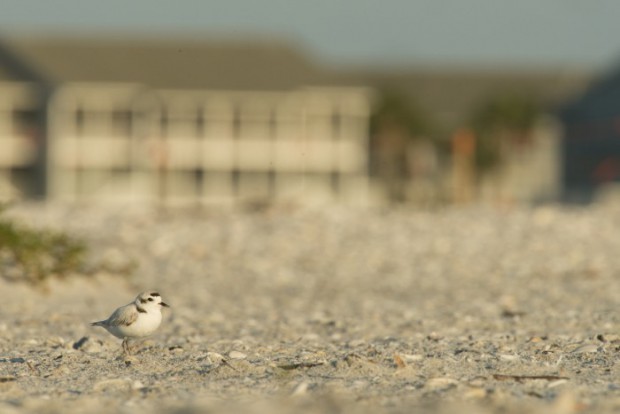 A Snowy Plover sits among the dunes on a Florida beach in front of one of many condominiums.

This is the second entry in the From Photography to Filmmaking monthly column by Drew Fulton.  To see the previous posts, visit the archives.

When I first started to dabble in the world of the moving image, I didn’t think much about the storytelling side of things. I simply started shooting what was essentially a moving photograph rather than a video clip. What do I mean? Basically, I took all of my experience as a photographer and applied that to making video. I didn’t make any changes to the way I composed or created images. I simply did what I had always done except now I was making videos! I won’t say that this was totally wrong, but it sure was far from right. Let’s take a few minutes to really think about how our audience watches video and the fundamental differences between watching video and looking at a photograph.

As still photographers, our entire focus is to create a single perfect frame where our viewers can lose themselves and explore with their eyes. Photographs in books, magazines, prints, or even on social media are timeless. Viewers are given the opportunity simply gaze and explore every detail of an image hat their leisure. From a photographer’s perspective, our job is to not only catch the viewer’s attention, but to hold their eye within the frame and tell our viewers a story. Sure, we might use multiple images to tell that story, but each image must stand alone and tell its own story. With filmmaking, all of that changes.

A video or film adds an additional dimension to a photograph, that of time. A film is linear and the pacing is not up to the viewer but rather determined by the filmmaker (or more specifically the editor). Someone who is watching a video is giving a specific amount of time to take in an image and then another image is presented, and then another and another and another. In most videos, each clip is only going to be on the screen for 2-10 seconds, and then a new one is presented. Storytelling in videos isn’t as much about the single frame but the sequence of frames and how the are assembled. You can even listen to the words I have used to describe the process of viewing a photograph or video. A viewer will “look” at a photograph or “watch” a video. To me, these words have subtle differences and connotations. To “look” carries a more active connotation conjuring someone leaning forward and actively searching the image with their eyes, while “watch” sounds much more passive. This is by no means a judgement on the audience or the media, just the reality of how we take in and view the media.

So, what does this mean for us as photographers and filmmakers? Does it mean that we throw everything we know about composition and storytelling out the window when we are thinking about video? Of course not, it just means we can’t simply take a picture, switch to video mode, and then capture some video and expect both to have the same impact on our viewer. We have to think about the story and the media and how it will be viewed about how we structure each image or clip for our story and media. So, next time you are taking an image of a breathtaking landscape, take a moment to really consider what drew you in to the scene. If you are creating a video, think about how you can break it down and lead your viewer through the scene. As an exercise, tell the story of the scene with a single photograph and then try telling that same story using 4-6 clips. How do those images differ? Simplify your composition. Draw your viewer in to the landscape. Set the scene. Focus on details. Create a sequence and think about the pacing. And of course, carefully compose each clip using what you know about image composition, just keep in mind your viewer may only have a few seconds to take it all in.